Here in Central PA, we are into our second week of social distancing. The kids are home, you’ve set up a home office or maybe two and now you’re looking for a break. Maybe you need a break from work and the doom and gloom of the news cycle.

I’ve seen on a few soccer-related Facebook groups that people are still organizing pickup sessions. Please don’t. The only way the social distancing will help is if everyone adheres to it. Getting a group together to play pickup soccer, doesn’t fit into this. It is very difficult to steal the ball from another play from 6 feet away. So please don’t do it.

Unfortunately, there are no live soccer games going on anywhere as leagues have postponed games indefinitely. The last league still playing was in Australia, but it seems they haven’t been able to escape the inevitable shutdown either.

We’re Here to Help You Find Soccer Games To Watch

Thankfully there are many places to see replays of your favorite matches across the world. You can stream games to your TV, and many sports channels are showing featuring old games on regular TV.

The campaign will give fans across the globe the opportunity to vote for their favorite matches and FIFA will replay over 30 games from FIFA World Cup™ and FIFA Women’s World Cup™. Streaming will be available on FIFA.com, the FIFA YouTube channel. #WorldAtHome

Use Google To Find Your Favorite Classic Soccer Matches To Stream

As an FC Bayern Fan, I was happy I was able to find the all-German Champions League final when Bayern Dortmund. All I had to do was Google “watch 2013 champions league final”. What was cool was I was able to share the game with my son, also a Bayern fan (like he had a choice, ha), who wasn’t alive in 2013.

Another free option that I found with “watch old premier league games” is EPLfootballmatch.com. But I was pleasantly surprised that they have a bunch of other games too.

They have games from pretty much every country league and national cups.

So, get out there and start Googling your favorite games!

Looking for Soccer Movies and Documentaries?

Netflix also has many movies and documentaries about soccer. Including a great documentary, Becoming Champions. It is a series that looks at countries and athletes that have managed to become world champions.

FoxSoccerMatchPass.com has all the Bundesliga games since 2016 as well as 2.Bundesliga, MLS and some international friendlies.

ESPNPlus also has an Archive but it is a bit tricky to find the game you want.

This is definitely not an exhaustive list. Please let us know you have found other ways to keep watching the beautiful game. 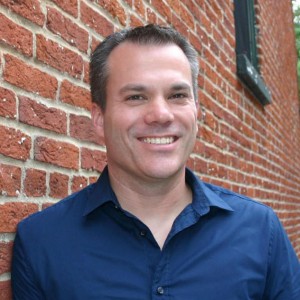 Bryan has been playing soccer since he was 8 years old and continues to actively play as well as coach youth soccer. Bryan's mission is to help people enjoy the beautiful game throughout their lives.
Get The Latest Updates

Get the latest soccer updates in your mailbox

Soccer is Back! 2021 Wick Futball Over 30 Soccer League

Soccer in Central PA is Back!

How To Stay in Shape Without Soccer. No Really!

PrevPreviousWick Futball – The Lititz Over 30 Soccer League Registration Now Open
NextHow To Stay in Shape Without Soccer. No Really!Next